> In Peru, Ivermectin cut covid deaths by 75% in 6 weeks: cheap, safe and quite ignored - pirateswithoutborders.com 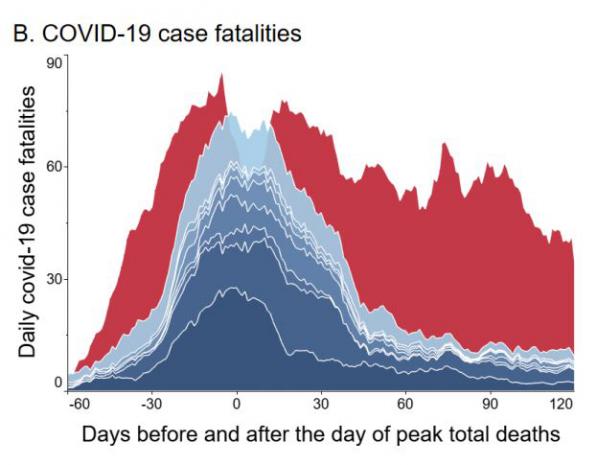 One good antiviral changes everything. If the world had a safe cheap drug, we could not only reduce deaths and disability, but also slow the rate of mutation down and probably slow the appearance of new mutations down.

The Chamie-Quintero study from Peru shows the West could be only weeks away from reducing the Covid death toll if we used the safe cheap sheep-dip, lice-killing Ivermectin like less wealthy countries do.

A study across the states of Peru found that after Ivermectin was introduced, deaths started to fall about 11 days later, and within a month after that, deaths were down around 75%.

Ivermectin is a drug so useful early researchers got a Nobel Prize in Medicine for work on it. It's so well known that in the last thirty years more than 3.7 billion doses of Ivermectin have been given out. It's so safe we can use it on cats and dogs and even toddlers. It's dirt cheap and its use in Ag-science is measured in tonnes. The cost of Ivermectin is around 15c in the third world, and $50 for one round for a human in New York.  (It's a lot cheaper than a $5000 a day ICU bed.)