> How A $7611 Monthly Social Security Check Became $1473 And Why Digital Money Won't... - pirateswithoutborders.com 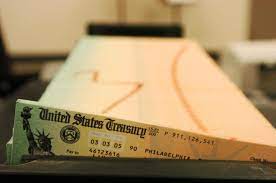 The game is as old as the Roman Empire.  The Roman Emperor was to be worshiped.  He ruled by executive orders.  Conquer other lands, then issue a new currency, in this case a silver denarius, said to be worth a day's wages at the time, and force the conquered to pay homage (taxes) and you control and subjugate the people.  Then shave silver off the edges of the silver coins, something called debasement, akin to inflation with modern paper dollars.  Eventually the silver content of a denarius fell to zero.  Shrewd Roman soldiers reportedly refused to accept debased silver coins as payment for their services.