> The Fentanyl Crisis: Brought To You By Drug Prohibition - pirateswithoutborders.com

The Fentanyl Crisis: Brought To You By Drug Prohibition 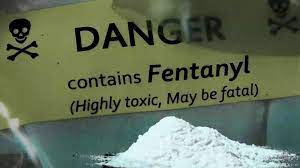 As drug overdoses continue rising in the United States, one drug has emerged as the most notorious killer of our day: fentanyl. Unfortunately, those clamoring loudest about fentanyl's death toll support policies that actually bolster its position in the illicit drug trade.

First approved for U.S. medical use in 1968, fentanyl is a synthetic opioid used to counter severe pain after surgery, and chronic severe pain. Though similar to morphine or heroin, it's 50 to 100 times more potent.

Most of the fentanyl circulating on the streets doesn't come from pharmaceutical companies. According to the DEA, black market fentanyl is "primarily manufactured in foreign clandestine labs and smuggled into the United States through Mexico." China is a major source of its chemical ingredients and some finished product too.