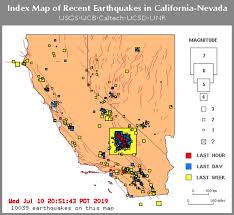 Most of the earthquakes are happening out in the Ridgecrest area where we witnessed the magnitude 6.4 earthquake that hit on July 4th and the magnitude 7.1 earthquake that hit on July 5th.  But as you can see from Cal Tech's map, there has been a tremendous amount of seismic activity along the San Andreas fault as well.  As I discussed the other day, the San Andreas fault is "locked and loaded" and it is way overdue for "the Big One".  Could it be possible that all of this earthquake activity is leading up to something really big? 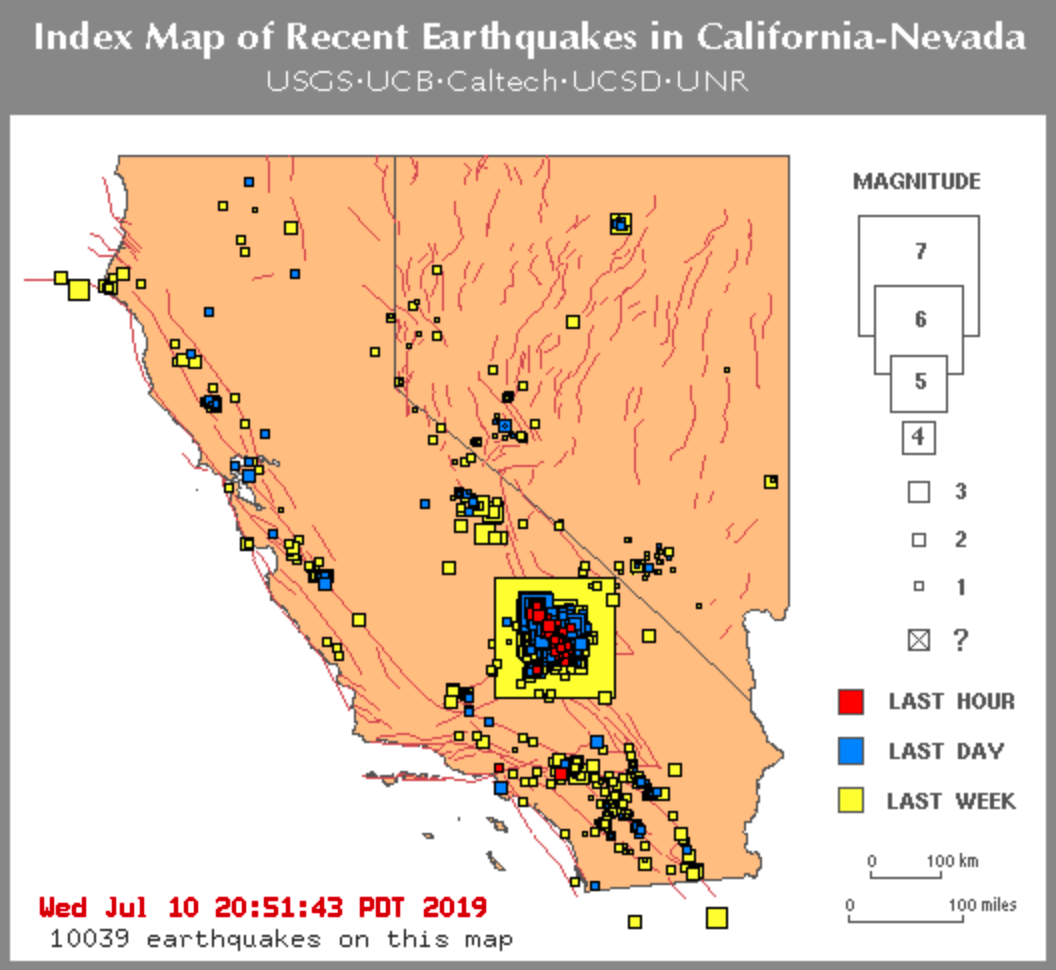 And it isn't just earthquakes that we need to be concerned about.  According to Fox News, "geologists are nervously eyeing eight nearby volcanoes"…

California's uncanny "earthquake pause" is over. It should have already had several "big ones" by now. All that pressure has to go somewhere. Now geologists are nervously eyeing eight nearby volcanoes. And why has Yellowstone supervolcano been acting so weird?

The U.S. Geological Survey (USGS) has warned Southern California to expect more big earthquakes to come. Some, they say, may even be more powerful than those experienced in the past few days.

"(These quakes do) not make (the Big One) less likely," local seismologist Lucy Jones told The Los Angeles Times. "There is about a one in 20 chance that this location will be having an even bigger earthquake in the next few days, that we have not yet seen the biggest earthquake of the sequence."

Could you imagine the chaos that would ensue if a volcano suddenly erupted in California?

For the record, I am personally far more concerned about Mt. Rainier and the other volcanoes in the Northwest.  But that is a topic for another article.