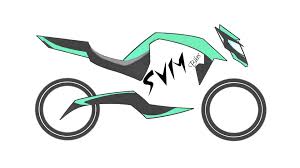 Tesla is to the automotive industry pretty much what Zero is to the motorcycle one—a low volume brand that focuses on electric vehicles and continuously innovates in the segment. Tesla killed any rumor of potentially tapping into the motorcycle industry long ago—no Tesla bike on the horzion. That doesn't mean that some of the people working in the Tesla offices don't have ideas. After 20 years in California during which he worked for the famed Silicon Valley firm, engineer Mohanraj Ramaswamy has returned home to India where he plans to launch his own version of what an electric motorcycle should be.