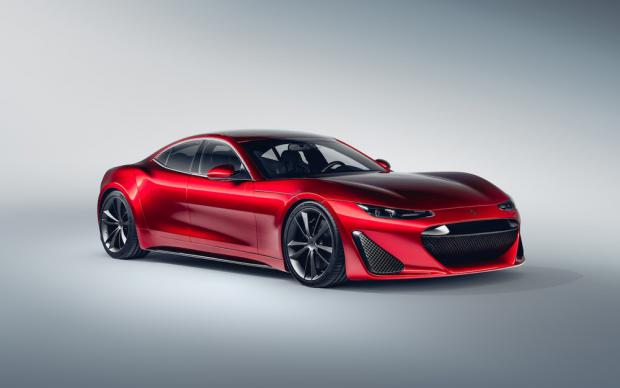 In fact, it's happened twice this month alone. Much less common is for that startup to accompany those claims with a production-ready vehicle. But here comes Drako Motors, a Silicon Valley-based startup you've probably never heard of, with an all-out hyper-GT it says is ready for production. Four doors, four seats and four motors, the 1,200-hp GTE debuts as the world's most powerful sedan, a grand tourer built to exceed 200 mph (322 km/h) and vector sharply around twisting pavement with four passengers and all their bags.

Founded by entrepreneurs Dean Drako and Shiv Sikand, Drako Motors wasn't completely anonymous prior to its big GTE debut at the Quail this weekend. The company first officially announced its presence in the automotive arena back in 2015, when it launched an electric sports car software platform called DriveOS. It's since moved from Silicon Valley light (Austin, Texas) to Silicon Valley proper (San Jose) and now has more than just software to show, revealing an all-new electric supercar it positions as the world's most powerful grand tourer.