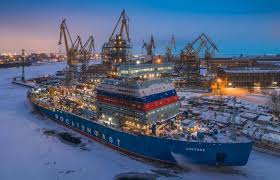 Lockheed Martin has won a contract to build 4 frigates for Saudi Arabia for $2 billion:

The ships, which are slated to be built at Fincantieri's Marinette Marine shipyard in Wisconsin, are derived from the Freedom-class Littoral Combat Ship design.

The contract announcement was posted on the Defense Department's website Friday night.