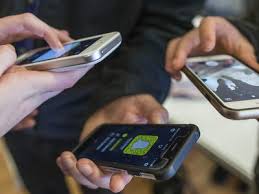 Party leaders say they decided to opt for that strategy fully aware of three years' worth of warnings about Russia's attack on the 2016 presidential election, in which cyberattacks played a central role.

Iowa's complicated caucus process is set to take place Feb. 3 in gymnasiums, churches, recreation centers and other meeting places across the state.

As opposed to a primary in which voters cast ballots in the same way they would for a general election, Iowa's caucuses are social affairs; caucusgoers gather in person and pledge their support for a candidate by physically "standing in their corner" in designated parts of a room.

Iowa's Democrats hope the new app lets the party get results out to the public quicker, says Troy Price, the chairman of the state party.