> Take 3D photos on your iPhone or Android phone with this app - pirateswithoutborders.com 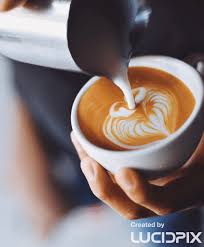 Whether you have a new phone like the iPhone 11 or an older one like a Motorola Moto G6 or iPhone 6S, you can now take 3D photos with your camera. It's all thanks to a new app called LucidPix. Instead of requiring a special accessory or two rear phone cameras, the app uses artificial intelligence (AI) to render 3D photos that will move as you tilt and pan your phone.

LucidPix captures 3D photos with your phone's regular camera and can also convert your existing 2D photos into 3D. The finished images can be shared inside the app's community or on other platforms like Facebook which has built-in support for displaying 3D images. Adding this social aspect to the app enables users to share and view 3D images just like people do with 2D images on Instagram or Snapchat. In fact, there are several large groups on Facebook dedicated to 3D photos. And at this time LucidPix seems like the easiest way to create and customize your own 3D snaps. If you're looking for more customizations to your photos, LucidPix also lets you add a variety of 3D frames.

Lucid, the company behind the app, showed off its imaging magic at CES over Jan. 6 - 10. Instead of using specialized hardware like the $1,300 ill-fated Red Hydrogen phone of 2019, LucidPix takes 3D photos with software that mimics how the human brain processes depth. The software started out on the company's LucidCam VR180 camera and was used by Red in the Hydrogen phone and in the unreleased Red 8K 3D Lithium cinema camera.