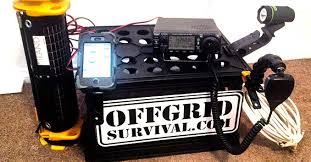 The People's Republic of California is at it again! Reports are coming in that through unelected state officials, California is trying to sever ties to ham radio repeater owners throughout the state, jeopardizing the lives of millions of Californians who depend on these repeaters to operate during emergencies.

Last month, repeater operators were sent emails telling them the State would no longer allow them to operate repeaters on public land without paying substantial rental fees. In the letter sent by CAL FIRE, the state claims Ham operators no longer provide a benefit to the state or public safety. They claimed that "constantly changing technological advances" has made Ham radio obsolete during an emergency.

Keep in mind; this was done while the state was shutting power down in 34 of its counties because its infrastructure cannot handle 20-30 mph winds without risking wildfire breakouts throughout the state.