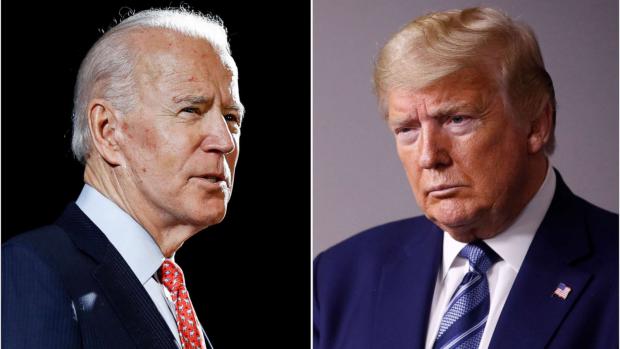 When David Bradford hosted a Joe Biden debate watch party in his Philadelphia apartment in October, only one person showed up. More than a dozen people were running to be the Democratic presidential nominee back then, Biden's early lead in the polls was slipping, and pundits were pointing to the lack of enthusiasm for his campaign as a sign it was doomed.

Eight months later, Biden is all but assured to win the Pennsylvania primary Tuesday, along with primaries in six other states and the District of Columbia. (Bernie Sanders suspended his campaign in April but remains on the ballot.) That will put Biden close to formally clinching the nomination.

In Pennsylvania, where Biden is something of a favorite son, with roots in Scranton and a home nearby in Wilmington, the army of establishment Democrats who long backed him and fans who liked him from the get-go are celebrating — briefly, socially distanced, and with eyes toward defeating President Donald Trump in November.

"I'm excited," Bradford said last week. "I was amazed then how few people in his own backyard were showing up for him. That feels like a whole different time now. He's the guy to beat Trump."