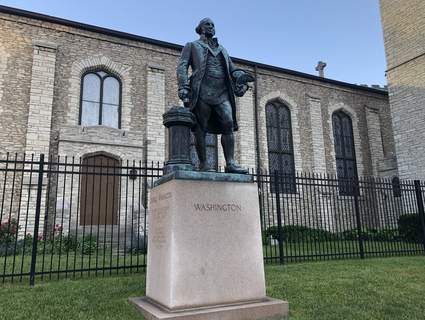 A social experiment by Ami Horowitz shows New Yorkers gleefully signing a petition to take down statues of "slave owners" like George Washington, but suddenly becoming reticent when Horowitz mentions the Prophet Muhammad.

"I want to take down all statues of people who owned slaves in this country," Horowitz told potential signatories, emphasizing how he wanted to remove the statue of George Washington in DC.

All of the people featured in the video gleefully signed the petition to take down statues of "slave owners" like Washington and Jefferson.

However, when it came to another infamous historical slave owner, their enthusiasm suddenly waned.

"I want to take down a statue of Muhammad, the founder of Islam, because he also owned slaves," Horowitz tells a black woman.