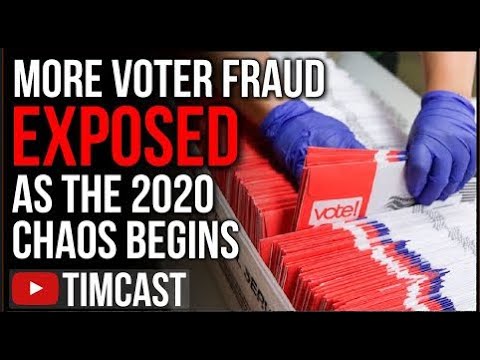 More Voter Fraud EXPOSED, Mailman Pleads Guilty, Cat Gets Voter Forms, 2020 Chaos Has ALREADY Begun. On top of this the first mail in election in NJ is on the verge of collapse amid voter fraud charges.

Democrats are adamant on having mail in voting but the confusion and fraud has started to breed chaos yet still the media would have you believe there is no widespread voter fraud.

This is an attempt at proving a negative. How can you claim there is no voter fraud if you haven't investigated literally every vote? It just isn't possible. But considering we have ample evidence of voter fraud it stands to reason there is a lot more that does not get caught especially with mail in ballots.

Democrats and the far left seem bent on having an insecure system at a time when they also complain about voter manipulation from Russia and other countries.

Republicans on the other hand don't seem to be making a strong enough stand to resist, other than Trump.