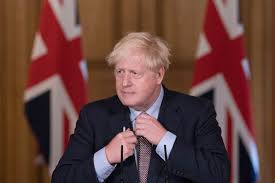 BORIS Johnson effectively cancelled Christmas today by warning that extra coronavirus rules could be in place for SIX months.

In a live address in the House of Commons, the PM told MPs that hospital admissions have more than doubled in the last fortnight - and Britain has reached a "perilous turning point" like in France and Spain that forced him to act.

And the PM gave warnings that "significantly greater restrictions" could be slapped on the country "if all our actions fail to bring the R below 1" in the coming weeks.

He stopped short of announcing a two-week circuit break of shutdowns to put a brake on the spread - but said the army could be brought in to help police.

The Prime Minister said: "We should assume that the restrictions I have announced will remain in place for perhaps six months.

"For the time being, this virus is a fact of our lives and I must tell the House and the country that our fight against it will continue."

If the rules are in place for another six months, they would effectively cancel the nation's Christmas celebrations.