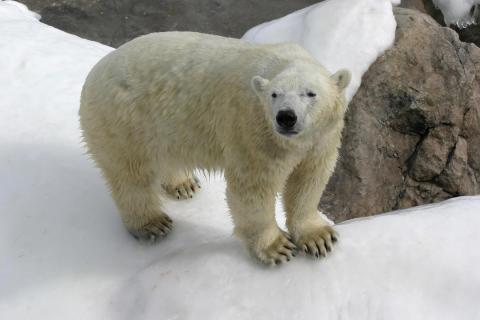 This is first installment of a multipart series which analyzes the changes coming to America, in the first 100 days of the Biden-Harris administration which has announced following climate change agenda items as part of its plan to fundamentally transform America:

1. Host a climate world summit to encourage leaders of nations with the highest carbon emissions to join the United States in making pledges to further limit their carbon footprints. This could mean as much as an 80% reduction in energy use. Do you remember the 1st 20 minutes of the movie, Hunger Games? That is exactly what you will see in America.

2. Most Americans will lose the homes they own for two reasons: (A) the depleted economy will not support the income necessary to pay existing mortgages and the Federal Reserve will own almost all property in the United States, thus creating the largest aristocracy in the history of the planet; (B) the UN home environmental codes will be strictly enforced and most homeowners will not be able to afford the required, environmental friendly corrections.

3. Biden wants the US to beomce the leading country in setting international agreements that will reduce emissions in global trade as the rock bottom BDI already indicates almost no international trade, the BDI will hit rock bottom thus, killing most corporations and certainly all major businesses.

4. Make the teaching of energy austerity mandatory in school. An army of East German Stasi snitching Karens will be created and nobody, who violates even the smallest of the new environmental laws will be safe from property seizure and imprisonment.

5. The US is rejoining the Paris Agreement following Trump's June 2017 removal. This will mean the implementation of international energy taxes which sent France into "yellow vest riots".

6. Biden has announced that he plans the greatest wealth transfer in the history of the US with his environmental plans. He has announced that the Office of Science and Technology Policy create a report identifying climate strategies and technologies to improve air and water quality in underfunded communities. This is a key phrase meaning inner city, as in Democratic run inner cities. Environmental mitigation for homes could be funded by the government under Biden. However, if one chooses to remain living in rural areas and in the suburbs, the exorbitant costs of residential mitigation would be solely the homeowners problem. This will force an exodus from the suburban/rural to the inner city. This favors the stack and pack crowded living quarters discussed in so many UN documents have to do with Agenda 21 and Agenda 2030. This means no cars, regulated home utility use as controlled by one's own smart meter.

7. Energy credits will replace the dollar. They will be traded, bought and sold. Those that have money will be able to afford to buy their way out of the environmental Armageddon that is coming.

8. Central exchanges to regulate energy allocations to businesses and homes will be established. This will create the world's greatest oligarchy. Only a few corporations will be given this massive and planetary regulatory control to manage carbon credit rates of exchange. This control of all energy will be legislated to be in the control of just a few individuals. This is not only a massive corporatocracy, this will re-introduce the largest feudal system every seen on the face of the planet. There will be no rights, no gun ownership, no redress of grievances. There will only be economic, social and political slavery.

9. US citizens and their businesses will bow to the international New World Order. All Americans will be required to obey and enthusiastically demonstrate support for international legislatures and take action to decrease the hydrofluorocarbons, a greenhouse gas known to be a major contributor to global warming. No dissent is allowed. If you think we are seeing cancel culture now, you will not seen a thing.

10. With the 2020 election being stolen, people are lamenting. However, what people do not realize is that the election of 2020 was not merely stolen, the entire election process has been stolen. There will never be an election that we the people can overturn these policies. Criticizing these policies will be labeled hate crimes and one would expect ex-communication from society for the blatant disregard for the welfare of humanity. The Deep State has achieved final political victory.

Please remember that this part of this series only represents an overview of what is coming. The details are overwhelming and catastrophic for every American.