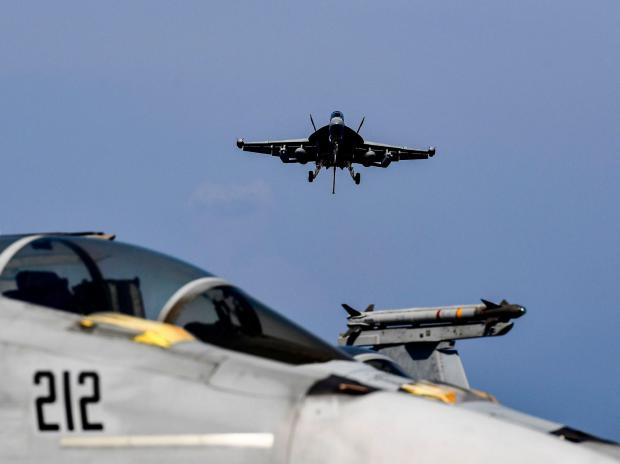 The cognitively disconnected pretend president is being cited for authorizing the bombing.

However, there's just as much reason to believe he thought he was ordering more jello pudding before nap-time.

The preferred narrative term "Iran-backed" is also so disengenous it is quite silly.

WASHINGTON – The US on Thursday launched an airstrike in Syria that targeted facilities used by Iran-backed militia groups — the first military action taken by the Biden administration, officials said.

The Pentagon said the strike was in retaliation for a Feb. 15 rocket attack against a US military base at Erbil International Airport in Northern Iraq that killed a US-led coalition contractor and left others wounded, including an American service member.