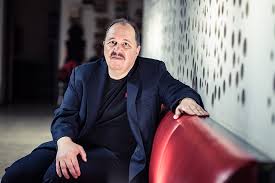 Now we can turn to more overt tricks. It's odd that I remember encountering these during my youth and very little during mature adulthood. (Save for the last of them.) And I think that's because abusers have far better success when using them on young people than they do on adults.

But whatever the case, these tricks remain in use, and knowing how to recognize and deal with them is especially important for young people.

One of the most basic tricks is to use human sympathy as a tool. When using this trick, the abuser will make him or herself appear to be an innocent victim. They'll work to make you feel sorry for them. And most people will fall for this the first few times they run into it. After all, who would just assume that someone was flatly lying about bad things that happened to them?

Sadly, however, there are people who will purposely abuse your sympathy. They have learned that when people feel sorry for someone, they'll go far out of their way to help. And so, if they can make you feel bad for them, the odds are good that they can get you to bypass any critique and to do what they ask.

Now, before we go any farther, we should all remember two things:

These people (who are likely to be sociopaths) are abusing your virtues. For me, that was a hard realization to take, and perhaps it will be for you too. The idea that someone would use my best characteristics as tools to hurt me, struck me as an unimaginable crime. Nonetheless, sociopaths will do such things, and they tend to have success with them. So, it's horrifying but it's true.

We must hold to our virtues all the same. Yes, we can remember that some percentage of people are soul-less, and we can protect ourselves from them, but we shouldn't let our hearts be hardened by them. Maintaining our inner goodness is paramount. The old saying, "Be wise as serpents and innocent as doves" remains excellent and important advice. We should be aware of what corrupt beings do, but we should not let go of what is best within us, even if we get hurt because of it.

With that understood, we can get back to practical ways around this type of attack.

The first step, of course, is to recognize it. And a key to that is to notice emotions that aren't quite right. As we noted previously, inauthentic emotions are warning sign. We're all different, of course, and some people display legitimate emotions oddly, but it's important for us to notice when we see emotions that seem a little bit fake. And if we do see them, we should be on high alert for whatever comes next.

We can also remember that honest people don't lie about their sufferings. And so, if there's some part of their sad story that doesn't quite fit, we must not pass it off. Rather, we must note it, and perhaps stop the speaker and ask for clarification. Such a clarification will usually resolve the issue for you.

An honest person will give you a straight, understandable answer, but a liar will try to baffle you in some way. Their answer will overload you with complexity, confuse you, lay tragedy on top of tragedy, or something else that deviates from the point.

Also remember that you can pause your compassion. Stop it for a moment and reconsider the sad story. And then, it you still think the cause is real, release it again. It may take a few times before you can do this well, but I think all of us are able.

If, however, the sad story isn't holding together, you have choices to make:

If the discussion is one-on-one, you can break it off and move away. And if the other person refuses to let it die, you can be double-sure that it was a scam. Get away.

If this is a group discussion, you may want to protect other people involved. In that case you can ask question upon pointed question, exposing the falsehoods of the speaker. Don't be angry, but do be precise; it won't take many questions before the situation becomes clear. You'll know you were successful when other people start walking away.

If it's a large gathering, such as a public lecture, perhaps the best thing you can do is get up and walk away. Simply seeing you walk out will break the spell over others. Remember, this kind of abuser needs to get everyone's emotions moving together and to guide them to their goal; the trick is powerful, but it's fragile. Just a few people standing up and walking away may break the abuser's spell over the whole crowd. And once you get used to these situations, you can help others by being the first to move. Humans have a weakness for remaining within a pack; those of us who are experienced and able must show the others that it's an easy taboo to break.

Another manipulative trick is to seduce a person or audience. And by that I mean to flatter them, agree with them and treat them as wonderful. Or, as it's sometimes said, to charm them.

What the manipulator does in these cases, is to get you to enjoy their praise, to feel good about what they say, and to want more of it. Most people are starving for appreciation, which sets them up for this.

If the manipulator can add some romance – if it's a pretty girl flattering a healthy young man, for example – the trick is especially powerful, but it needn't be just that; people of all ages and types enjoy hearing that they're wonderful… especially if they get little appreciation anywhere else.

What you must do in the situation is again to recognize that you've left reason and gone swimming with emotion. In that moment, your critical reasoning will be operating at a very low level and you'll be reveling in your feelings.

Bear in mind, please, that swimming with emotion and reveling in feelings aren't necessarily bad things; sometimes they're wonderful and uplifting. But when someone's using them to slyly get something out of you, you must stop and exit.

Again here, bear in mind that you can pause your rolling emotions. Think critically for a moment, and then if you decide the situation is honest and appealing, jump back in.

Your best responses in this case will be a lot like the three responses noted above: Shut down the conversation, ask pointed questions that expose the abuse, or stand up and walk away. Bear in mind that your goal with these responses is not to attack and defeat the manipulator – they can probably use that to their advantage – but simply to walk away from it. To fight them is to become more deeply engaged.

So, don't fight. Ask questions if you think it's worth doing and just walk away. These types of manipulations can't survive a victim that walks away.

And there's one more solution to this trick: Make sure you express appreciation and gratitude wherever you can. For complicated reasons, our present world is biased against this. Don't follow that pattern; appreciate well-meaning people and express your appreciation. By doing so, you'll be protecting them from this type of abuse.

Scapegoating involves placing a great deal of blame upon a single person or group, unfairly. And, as it goes with such things, this can be done in multiple ways.

The type of scapegoating I want to cover today is seen over and over in history, very definitely including our own time. It involves creating a great villain, and making him, her or them appear to be the focus of all evil… a fit target for all blame. That type of exaggeration, unfortunately, can be popular: It creates a clear target for all blame, including blame for our own shortcomings. It's all Mr. X's fault!

The hidden trick, of course, is that putting all the blame on Mr. X takes it away from everyone else, and especially those who most deserve it. In these cases (and again, they're very common), it will be the people stoking hate toward Mr. X who are likely to be the most guilty. They are the instigators of the whole charade, and not by accident.

The way this trick works is to get you, and people like you, to act against things, rather than for things. Once they can get you swinging at a devil figure, all sorts of emotional reactions come into play and clear thinking is driven away.

This is a primary tool used by the manipulators of mankind, as the "longshoreman philosopher" Eric Hoffer pointed out:

So, whenever you see someone trying to make someone else the focus of evil, be very sure that they are reaching for your lowest and most vulnerable instincts, and seeking to use them… to use you… for their own dishonest purposes.

The target for their blame (Mr. X in our example above) may indeed be a flawed and guilty person, but no one is guilty of everything, and very certainly no one should be punished without their guilt being rigorously proven.

This trick works by getting our lowest instincts moving, and then to keep pushing them along to rash or unproven condemnations. Easily enough, it slips over into blind hate. And, as we noted last time, once people make such mistakes, their errors defend themselves, since no one wants to admit that they played the fool.

And so, when you see someone trying to scapegoat some other person or group, the first solution is to call them out on it: to say, "Wait a minute, I'm not a fan of this person, but you've become irrational in your hate for them, and that's dangerous." The problem with this solution, however, is the crowd. If they are in a frenzy of hate for someone (and that's precisely what social media is designed to create), they are likely to turn on you.

Standing against scapegoating, then, is a risky proposition; nonetheless, someone has to do it, and those of us who comprehend the trick are rather few. And so here are a few responses that should do better than the simple call-out:

In my experience, those who are eager to direct blame toward another are trying to deflect it from themselves.

No one is a fit target for that much blame. This is out of proportion.

How about telling me what's so great about you. I've heard enough about the other guy.

Finally, I think we'd all do well to remember a quote from James Baldwin:

I would like us to do something unprecedented, to create ourselves without finding it necessary to create an enemy.

That's enough for this week. We'll get back to it next time.