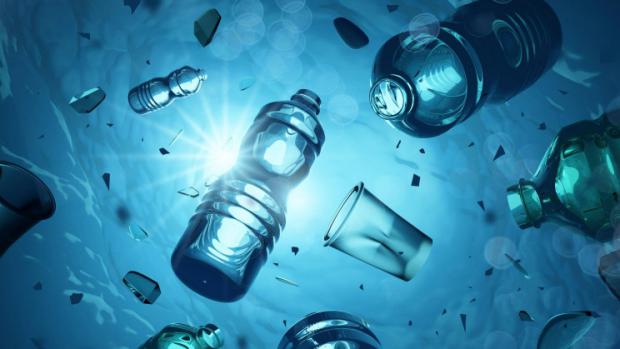 The latest discovery in this space looks at the volume of plastics we regularly consume through food and water and how this might impact human cells, finding that the concentrations we are exposed to can potentially have toxic effects.

The body of knowledge around the ways plastics might influence our health is building rapidly on the back of research probing their effects on the human body. Much of this centers on plastic that has broken down in the ocean into tiny fragments known as microplastics, which studies have shown are consumed by marine creatures and can then travel up the food chain.

We've also seen research demonstrating how microplastics can alter the shape of and de-cluster human lung cells and infiltrate the blood brain barrier in mice. Studies have also suggested chemicals in plastics can cause alarming damage to brain cells, found plastic particles in 93 percent of bottled water and in human stool samples collected all around the world.

The latest study led by scientists at the Hull York Medical School is described as the first of its kind, in that it explores how much plastic we are likely consuming, and what the effects of those concentrations are on human cells. To do this, the scientists drew on three previous studies quantifying microplastic contamination in drinking water, seafood and table salt, all of which found high levels of human exposure from consumption of these. They then compared these results to findings from toxicology studies on the effects of microplastics on human cells.

"This is the first-time scientists have attempted to quantify the effects of the levels of microplastics on human cells using a statistical analysis of the available published studies," says lead author Evangelos Danopoulos.. "What we have found is that in toxicology tests, we are seeing reactions including cell death and allergic reactions as potential effects of ingesting or inhaling high levels of microplastics."