> ZERO Smallpox Deaths or Injuries in 40 Years but 5,755 Injuries and Deaths from Smallpox Vaccines - pirateswithoutborders.com 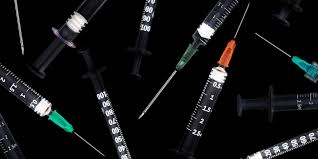 Plandemic II Launched to Keep Pandemic Funds Flowing to Big Pharma: MonkeyPox
Belgium is the first country to introduce a mandatory 21-day monkeypox quarantine for those who contract the virus, after three cases were recorded in the country. (Source.)

Vaccines that are already approved by the FDA already exist for smallpox, and those same vaccines, the public is being told, will protect people from monkeypox as well.

The CDC announced today that they are releasing smallpox vaccines for new cases of monkeypox in the U.S., which to date total ONE case and few others "suspected."

Officials for the Centers for Disease Control and Prevention (CDC) on Monday said the agency is releasing doses of a smallpox vaccine in response to the few recent cases of monkeypox that have been detected in the U.S. (Source.)

Since these smallpox vaccines already exist, I did a search in the government VAERS (Vaccine Adverse Event Reporting System) database to see how many injuries and deaths have been reported following smallpox vaccinations, since smallpox has allegedly been eradicated in the U.S. for over 40 years now, with no known cases resulting in deaths or injuries during the past 40+ years.

Smallpox vaccines have caused 5,755 cases to be filed including 18 deaths, 91 permanent disabilities, 3,088 visits to the emergency room, and 851 hospitalizations, for a disease that no longer exists in the U.S. (Source.)