> In World First, German Steelmakers Power Their Furnace Using Only Hydrogen Instead of Coal - pirateswithoutborders.com

In World First, German Steelmakers Power Their Furnace Using Only Hydrogen Instead of Coal 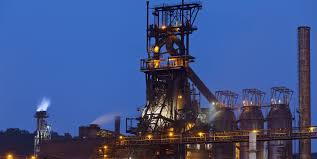 Up until Thyssenkrupp Steel announced their groundbreaking achievement earlier this month, steel had been made exclusively using coal-powered furnaces. Reports say that the steelmaking industry uses about 1 billion tons of coal every year, which contributes to about 7% of global carbon emissions.

According to the US Energy Information Administration, burning one ton of coal produces almost three tons of carbon dioxide. Using hydrogen, however, produces only water vapor.

Since Thyssenkrupp successfully managed to power their "Furnace 9" with hydrogen in place of coal, the company now plans on powering all three of their Duisburg-based steel furnaces with hydrogen by 2023.