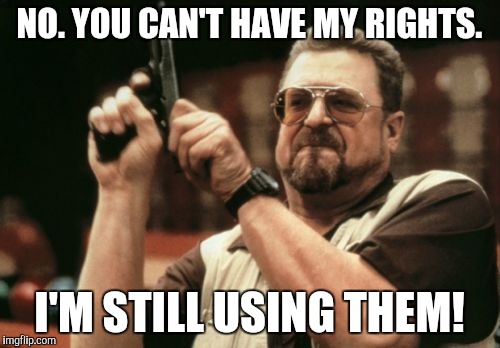 There is no question that the nation is facing an unprecedented emergency, but now, especially now, is not the time to ignore the U.S. Constitution.

At stake are three fundamental rights that are afforded all persons accused of a crime - the right to a speedy trial, the government's responsibility to file charges within a reasonable, statutorily established, period of time, and the right to confront one's accuser.

A defendant's right to a speedy trial has constitutional and statutory underpinnings. The Sixth Amendment provides, through the Speedy Trial Clause, that an accused formally charged or detrained pretrial is entitled to have his case heard with reasonable diligence. Rule 48 of the Federal Rules of Criminal Procedure grants trial courts discretion to dismiss cases that are not brought to trial promptly.

The reason for a speedy trial rule is to prevent the government from arresting an accused and letting him or her languish in jail without being proven guilty. During this health emergency it is important to bring pretrial detainees to trial as quickly as possible or let them out of jail until trial.

The Constitution grants people habeas corpus which gives the accused the right to appear in front of a judge and ask to be released before trial. Adopting Attorney General William Barr's recommendations would essentially suspend habeas corpus indefinitely until the emergency ended. However, Article I, Section 9, Clause 2 of the U.S. Constitution provides, "The Privileges of the Writ of Habeas Corpus shall not be suspended unless when in Cases of Rebellion of Invasion ..." A national health emergency is not listed as a reason to suspend habeas corpus.

Federal statutes of limitations provide a time frame within which charges must be filed. For instance, in state court the statute of limitations might be two years for a misdemeanor theft. If charges are not filed within two years of the date of the crime the charges are forever barred.

Such limitations are a product of the Fifth Amendment Due Process Clause. The purpose and effect of a statute of limitations is to protect defendants. The statute is based on the premise that if the government has a case they should pursue it with reasonable diligence. A delay could result in the defendant losing evidence necessary to disprove the claim; and litigation of a long-dormant accusation may result in an injustice.